Painkillers – such as the highly-addictive and fast-acting fentanyls meant for cancer patients in extreme pain - are so dangerous a special oversight program exists to regulate their distribution, prescription and safe use. But for many, the safety net has failed.

The federal government has for several years entrusted regulatory control over the most potent painkillers to drug companies that helped fuel the nation’s opioid epidemic.

The painkillers – highly-addictive fast-acting fentanyls meant for cancer patients in extreme pain – are so dangerous a special oversight program exists to regulate their distribution, prescription and safe use.

But lax oversight by the Food and Drug Administration and the program’s operator, pharmaceutical company McKesson Corp., has allowed some drugmakers and doctors to exploit the patient-protection program, a Raycom Media national investigation has found.

Prescriptions for the fentanyl drugs have ballooned in recent years, contributing to the nation’s addiction problems.

Patients have died because the safety net failed. Untold others have suffered permanent harm when doctors prescribed the fast-acting fentanyls to adults with migraines, muscle spasms and other ailments unrelated to cancer.

It has led to taxpayer-funded health insurance companies such as Medicare paying for prescriptions for patients who should not have been taking these drugs. A single prescription for a month’s worth of these drugs can cost as much as $36,000. 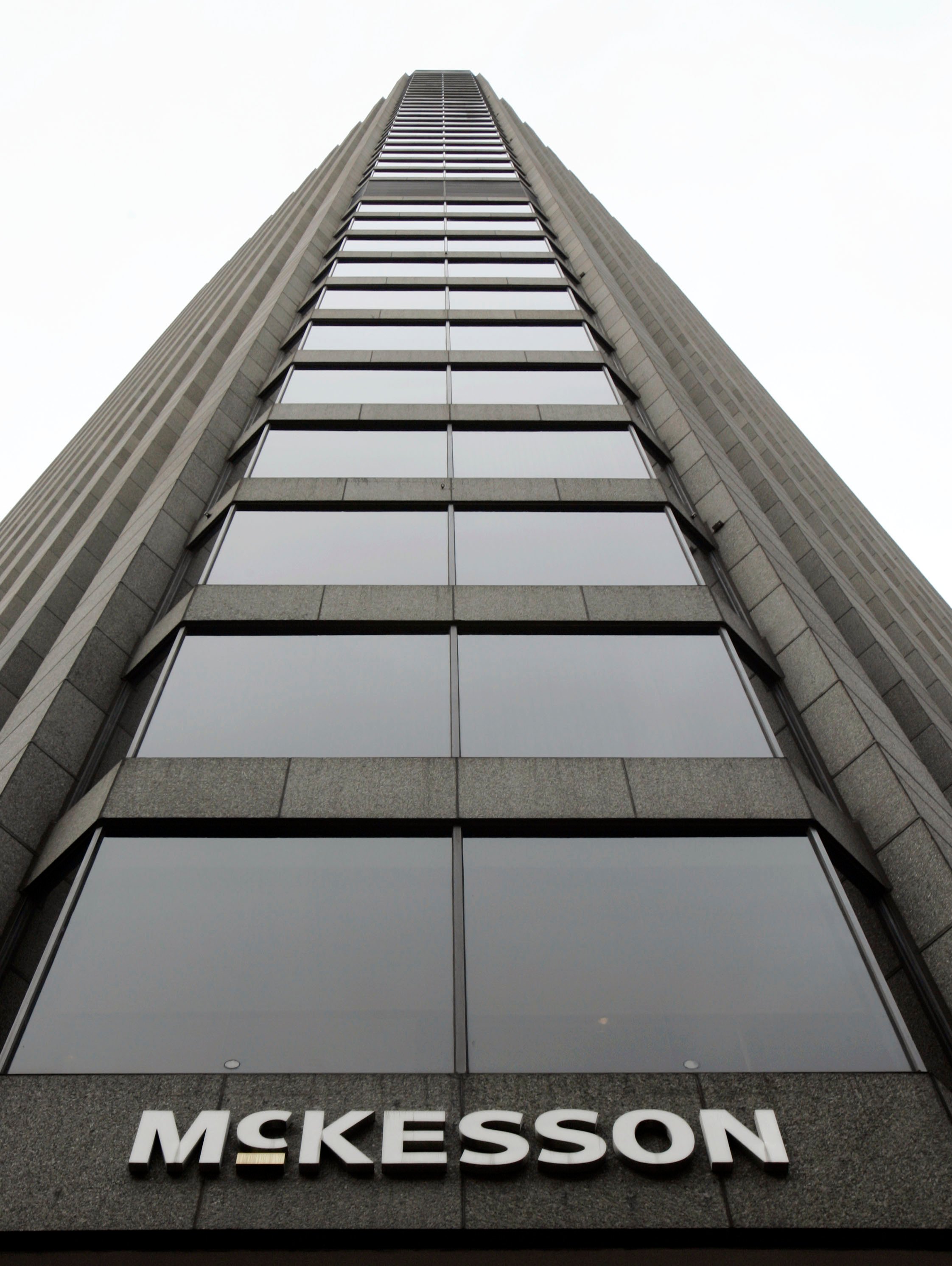 The FDA touts the program’s goal as preventing misuse and abuse of the fast-acting fentanyl drugs, which can be up to 100 times more powerful than morphine.

Its website states that TIRF drugs are only intended for cancer patients who have built up a tolerance for opioids. The FDA bars pharmaceutical companies from marketing them for anything other than cancer pain.

The FDA admits REMS’ oversight does not restrict off-label prescribing, agency spokesman Michael Felberbaum wrote in an email. Off-label prescribing allows doctors to prescribe a medication for something other than its intended use.

The admission underscores the FDA’s hands-off approach to the oversight program, which is funded by the drugmakers. For example:

The FDA directed questions to the drugmakers and the program’s administrator, McKesson, one of the nation’s largest drug distributors.

Both the FDA and McKesson declined interview requests, answering questions only by email.

“The TIRF-REMS program is not a McKesson program,” company spokeswoman Kristin Chasen wrote. “The requirements of a REMS program are developed jointly by the manufacturers and the FDA with ultimate approval resting with the FDA.”

Yet the FDA hands enforcement and discipline to the drug companies. 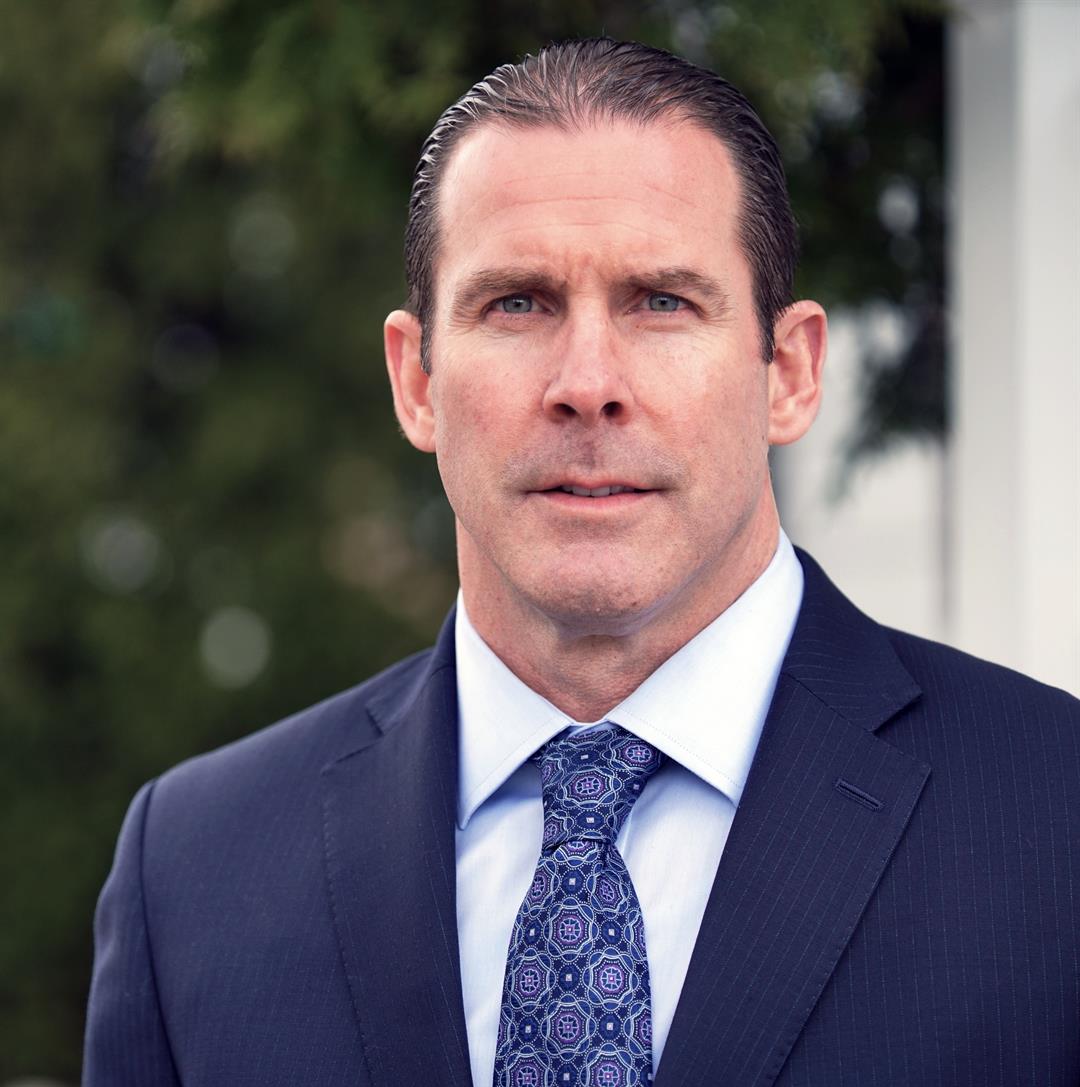 The relationship doesn’t sit well with some.

“The (TIRF)-REMS program is a sham program. It’s a joke,” said Richard J. Hollawell (right), a New York lawyer who has been involved in opioid-related cases for the past decade. “It’s put in place to make it look like they’re taking risk seriously. They’re not.”

McKesson has a checkered past for its role in the opioid crisis.

Last year, the U.S. Department of Justice fined McKesson $150 million for failing to stop suspicious opioid orders to questionable pharmacies – a repeat offense for the San Francisco-based company which is ranked No. 5 on the Fortune 500 list.

In 2008, the company was fined for similar violations. McKesson, along with other pharmaceutical companies, faces mounting lawsuits from state, county and tribal attorneys for fueling the opioid epidemic.

Between 1999 and 2016, more than 200,000 people have died from a prescription opioid overdose, according to the national Centers for Disease Control and Prevention data.

Yet McKesson, which federal officials say pushed massive quantities of opioids to pharmacies, remains entrusted by the FDA to oversee one of the most dangerous drugs on the market.

“It’s an oxymoron to have them doing [do] this,” Hollawell said. 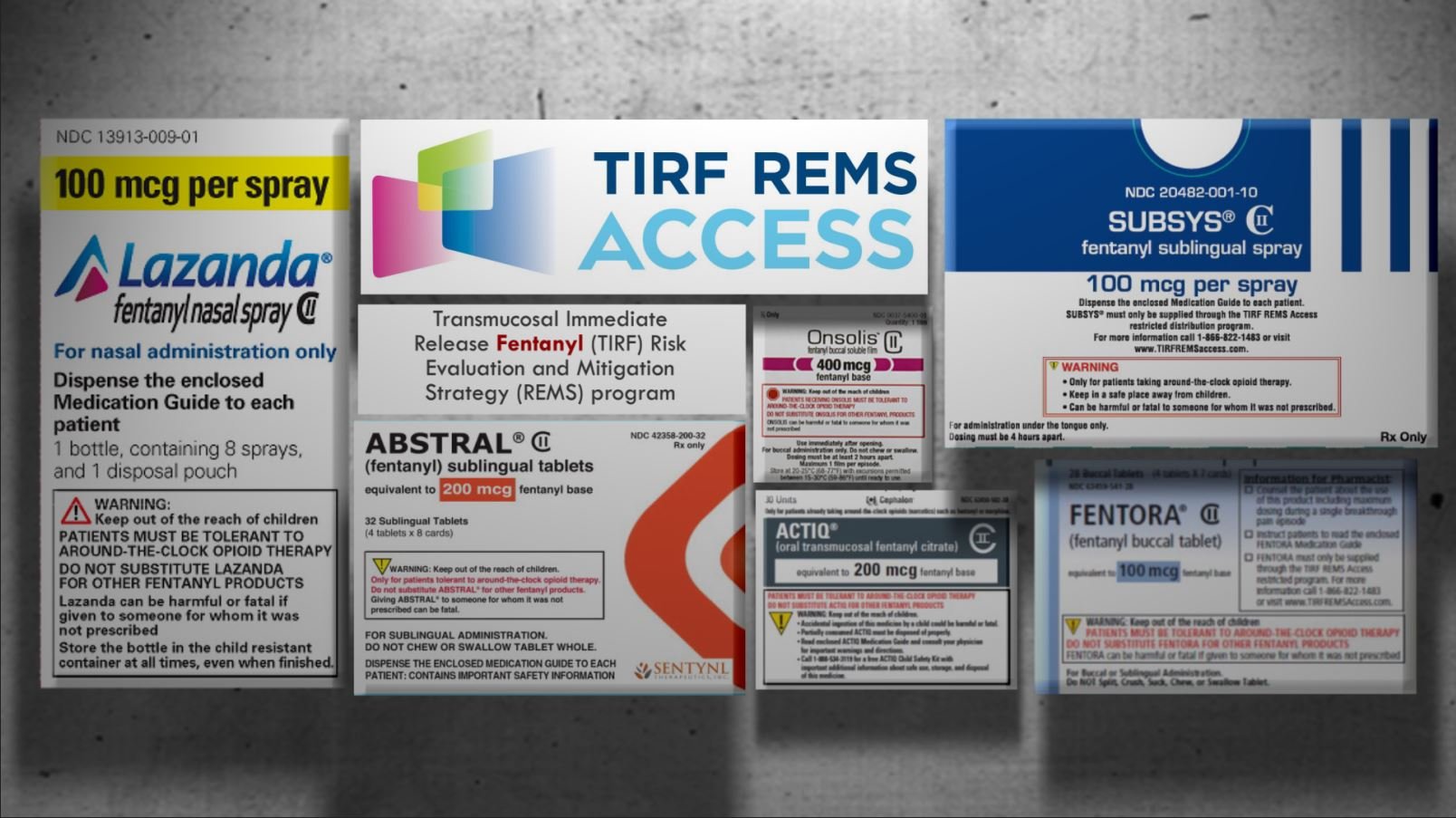 These are six name-brand products of 10 drugs available in the TIRF REMS program. All are absorbed through saliva.

Fast-acting fentanyls are so dangerous the FDA requires prescribers, pharmacists, distributors and patients to enroll in a risk-management certification program before prescribing, dispensing or using the drugs intended for cancer patients in extreme pain.

Fentanyl opioids have life-threatening consequences if misused. One dose, for example, could kill a patient with respiratory problems.

The risk-management program launched in 2012, two decades after the first fast-acting fentanyl drug was approved by the FDA.

Today, there are 10 drugs in the program including six brand-name products: Abstral, Actiq, Fentora, Lazanda, Onsolis and Subsys. All are absorbed through saliva.

The FDA would not explain how the program landed in McKesson’s hands. According to McKesson and the FDA, no contract or agreement exists. The makers of these TIRF drugs hired McKesson. 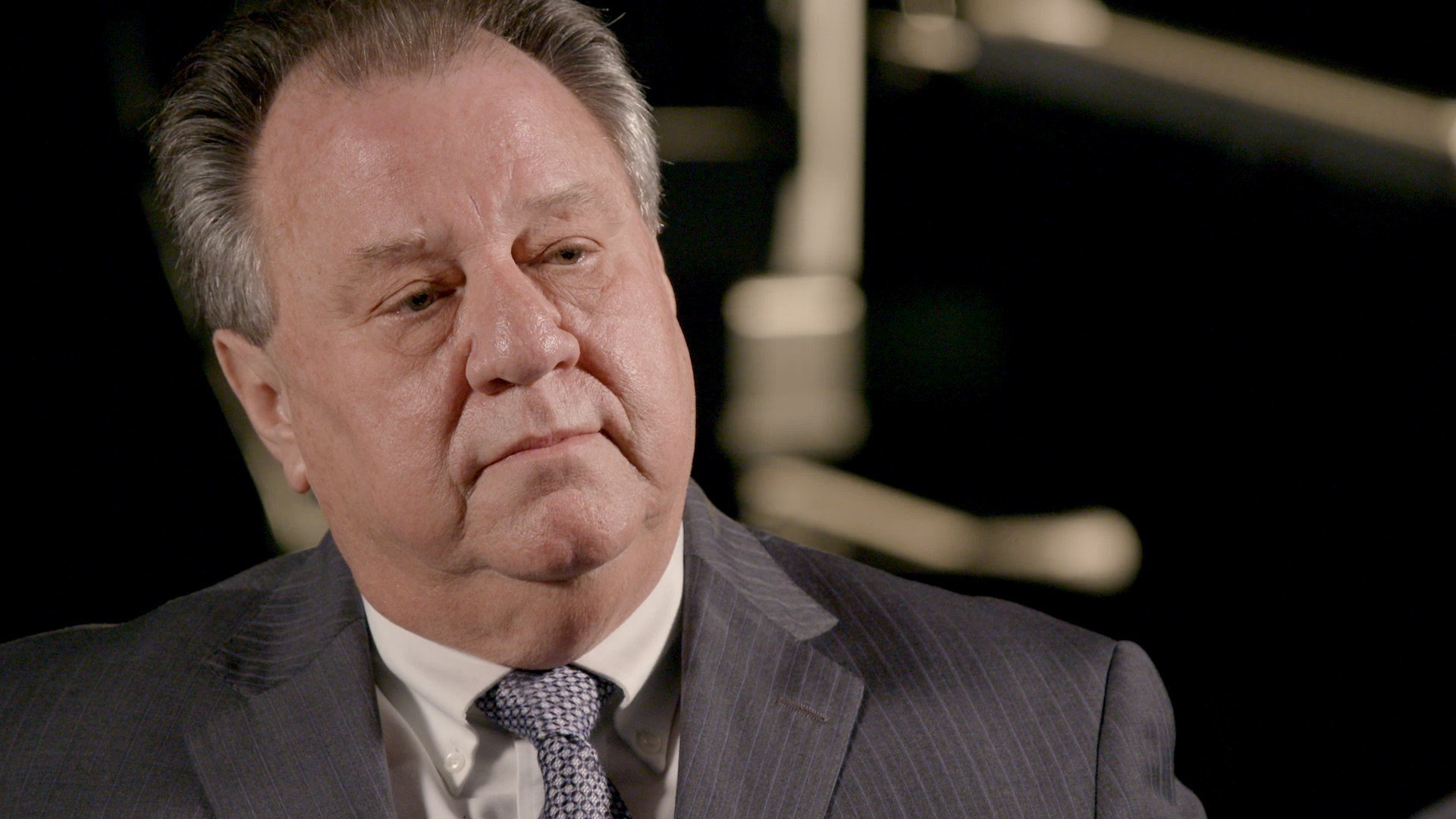 “I really don’t know how Big Pharma got involved in managing a program designed to basically control Big Pharma,” said Bill Renton (left), a former supervisor with the U.S. Drug Enforcement Agency. “They have an obvious conflict of interest.”

“It is not a conflict of interest for McKesson to serve as a service provider for the TIRF-REMS program,” company spokeswoman Chasen wrote in an email.

“The FDA requires manufacturers to implement risk evaluation and mitigation strategies, and it understands that the manufacturers use third-party service providers to administer and support these programs.”

Doctors who want to prescribe fast-acting fentanyl must take an 11-question, open-book exam to ensure they understand the extreme risks associated with the medications. The book has only nine pages.

Renton said someone with a high-school diploma probably could master the test because it doesn’t require a deep understanding of medicine. “It’s nothing complex,” he said.

Pharmacists and distributors must follow similar protocols. Patients are supposed to sign an agreement stating their doctor explained the risks.

When Sarah Fuller signed the document in 2014, it didn’t mention cancer, said Hollawell, who represents her family in a wrongful death lawsuit against her doctor and the maker of her fatal drug.

Fuller, 32, died in 2016 of an overdose of Subsys, a fentanyl spray that a doctor prescribed for treatment of fibromyalgia and back pain.

Last year, the patient form was rewritten to include the warning that TIRF drugs are intended for cancer patients, Hollawell said.

But doctors and drugmakers have found ways to skirt the cancer-only requirement.

Dr. Lewis S. Nelson, who helped develop the risk-management programs in the mid-2000s, said that TIRF-REMS is one of the stronger oversight programs because of its many requirements.

Other REMS programs regulate drugs such as the opioid OxyContin and the smoking cessation drug Chantix.

Still, he said, the FDA probably should make the TIRF-REMs documents that doctors, pharmacists and patients sign legally enforceable to ensure a cancer diagnosis and to create consequences for those who don’t follow the rules.

“That seems to be the biggest loophole we see,” said Nelson, who is the chairman of the department of emergency medicine at Rutgers New Jersey Medical School.

When the FDA was asked if it has ever punished offenders for breaking TIRF-REM rules, the agency told Raycom Media to file a Freedom of Information Act request. 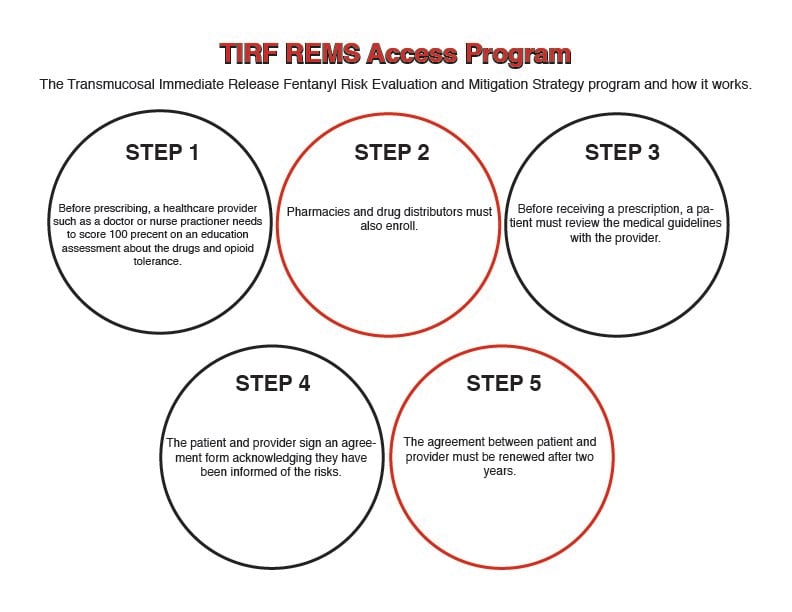 The majority of health care professionals who have written the most prescriptions for brand-name fast-acting fentanyls were not oncologists, according to a Raycom Media analysis of Medicare Part D data, which tracks the government’s prescription drug program for the elderly and disabled.

Only one oncologist was among the highest prescribers between 2013 and 2015, analysis of the top 100 providers show.

Nearly two-thirds of the prescribers were family doctors, nurse practitioners and other non-cancer doctors. Pain doctors, some of whom treat cancer patients, accounted for a third.

In a three-year period, prescriptions for these brand-name drugs more than doubled, the Medicare data show.

Dr. Jeffrey L. Goldstein is among those who didn’t prescribe a lot of opioids but became a leading quick-acting fentanyl drug prescriber. 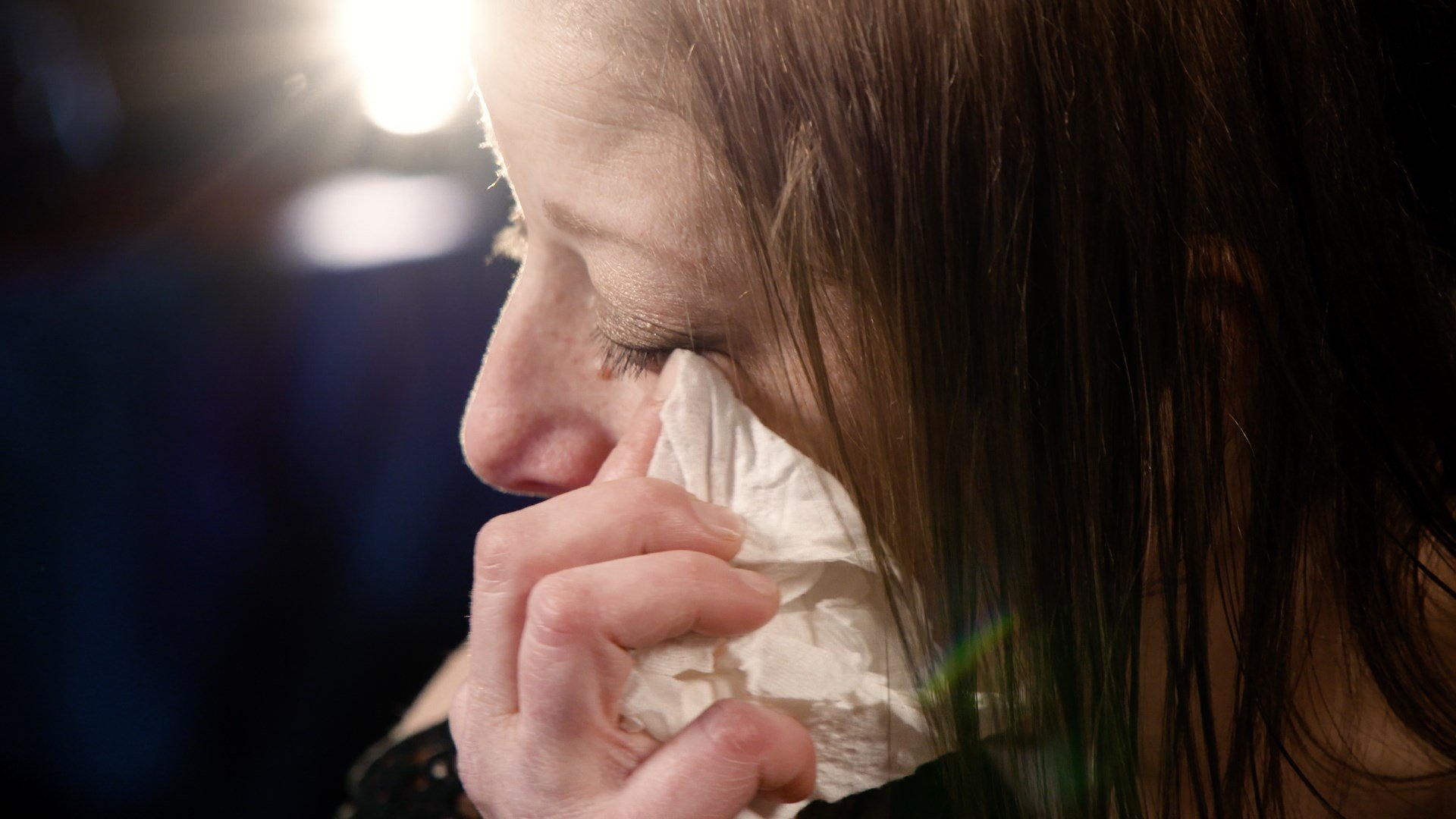 When Dina DeMarest (left) was experiencing pain from a minor surgery, she took the advice of a family friend to schedule an appointment with Goldstein, an emergency medicine specialist in New York City.

Goldstein gave the 42-year-old Staten Island mother a prescription for Subsys, a fentanyl spray that is 100 times stronger than morphine.

She didn’t have cancer. Nor was she told about the drug’s restricted use for cancer patients.

Even so, Goldstein started her on a higher dosage than is recommended for cancer patients, she said. He increased the amount until she was getting the highest dosage allowed for Subsys: 1600 micrograms.

“I should be dead,” she told Raycom Media.

DeMarest also said she didn’t know Goldstein was being paid by the drug’s manufacturer to promote it. He received more than $200,000 over a 27-month period.

Shown a copy of the TIRF-REMs patient-physician agreement, Demarest said she never signed it and never saw it. She didn’t find the form in her medical file.

Goldstein, his partner and three other New York doctors were indicted in March, accused of taking kickbacks from Insys Therapeutics, the maker of Subsys. Goldstein did not respond to requests for comment.

Federal officials allege Subsys sales representatives encouraged Goldstein to become certified in TIRF-REMs and paid him for prescribing the drug. Two former Insys sales reps told Raycom Media that it was part of their job to assist physicians in becoming certified.

Federal data cited in multiple lawsuits showed that 80 percent of the Subsys prescriptions written between 2012 and 2016 went to non-cancer patients.

One of those patients was DeMarest. She wanted to get off Subsys. “Every time I said I don’t want to take it, it’s not doing anything for me, it’s not helping me. He would just up the dose.”

She eventually went to another doctor who eased her off the fentanyl prescription. But by then her teeth had been ruined and she had lost much of her hair. 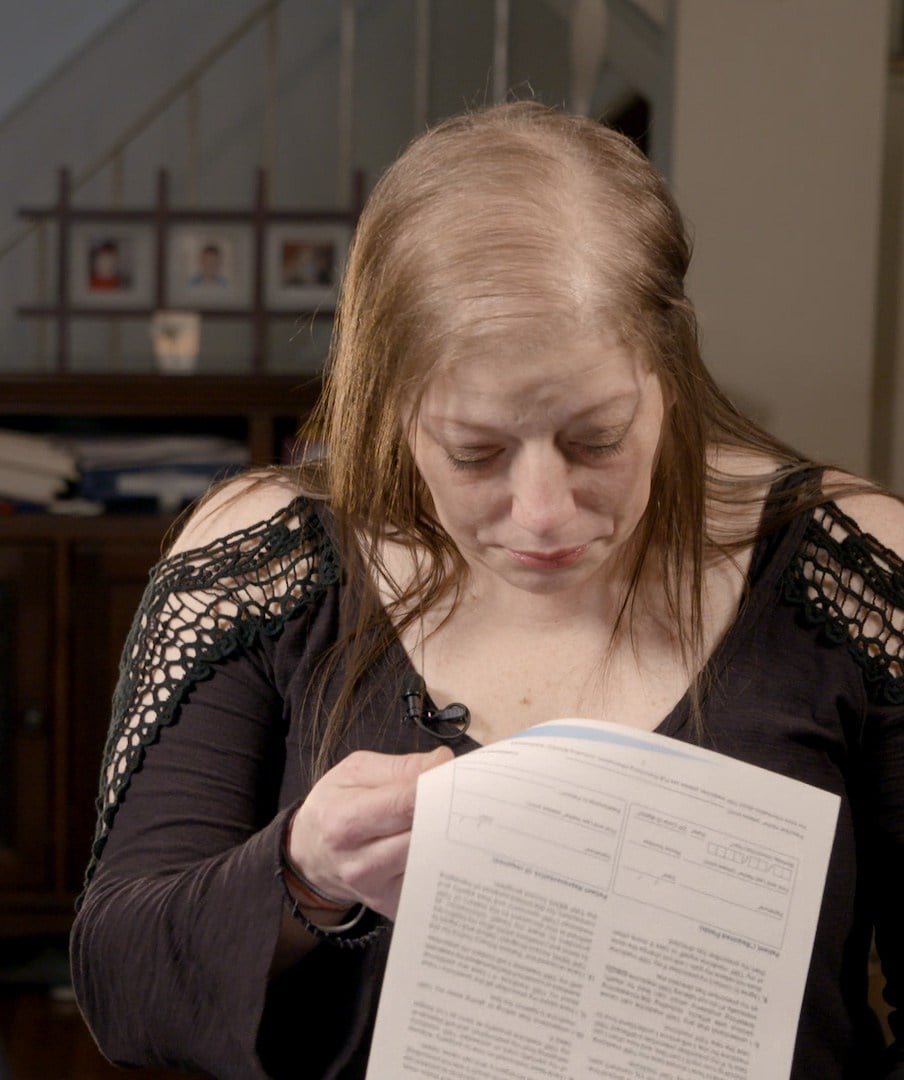 DeMarest reviews the TIRF-REMS physician-patient agreement, which explains the risks of taking fast-acting fentanyls. Her doctor never reviewed the program’s required documentation with her. And she never signed the agreement. (Source: Raycom Media)

The FDA knows the powerful fentanyl drugs have caused bad reactions in patients who should not have been using them. Hundreds of health care professionals and patients have reported adverse reactions to TIRF drugs to the FDA.

Non-cancer patients were prescribed the drugs for migraine headaches, muscle spasms, groin pain, diabetes, Crohn’s disease, to name a few, according to a Raycom analysis of FDA adverse reports filed during the first nine months of 2017.

These FDA reports are voluntarily submitted and may not capture the true extent of a medication’s unintended consequences.

Adverse reactions can range from minor irritations to death.

For the TIRF drugs, the FDA received more than 800 reports during that nine-month period last year. Only a fraction of them identified a cancer patient suffering from an adverse reaction. 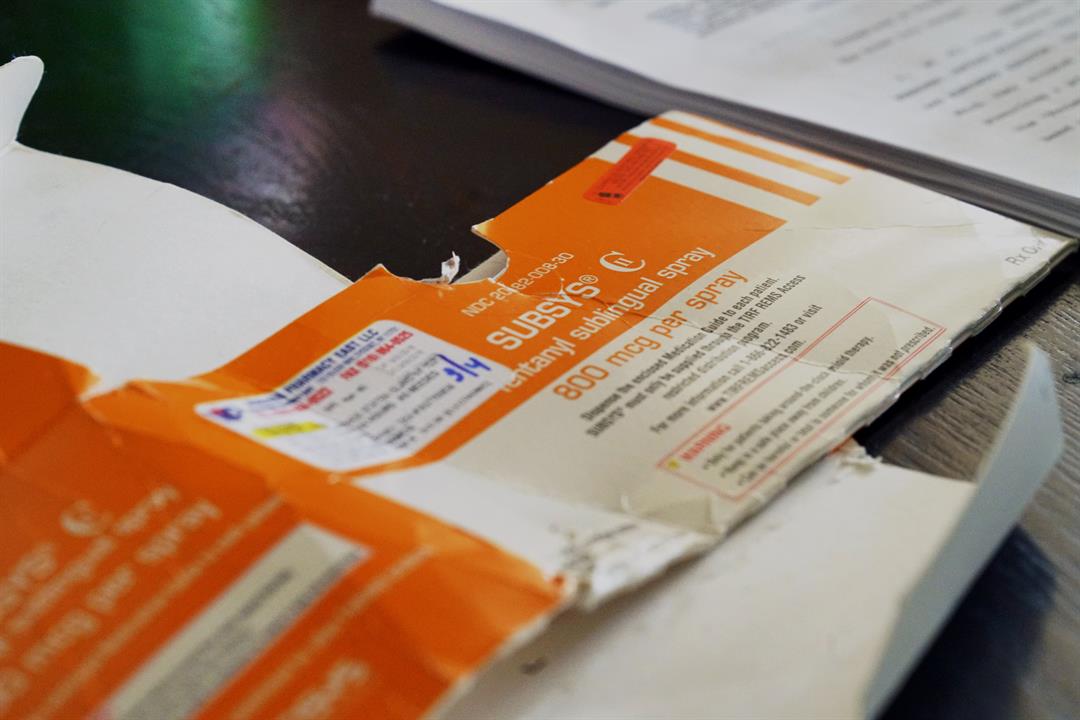 A majority of these reports focused on Subsys, whose drugmaker exploited the risk management program’s patient safety net.

Insys Therapeutics’ founder and CEO as well as other company executives and members of its sales force have faced criminal charges for bribing doctors and deceiving patients and insurance companies. Some have been convicted.

Federal officials allege the company devised a scheme to push Subsys onto non-cancer patients to increase sales. In at least one case, an Insys employee took the TIRF-certification test for doctors. The company also set up an elaborate system to deceive insurance companies about patients’ diagnosis.

Health insurer Aetna says in court papers that the scheme cost it “tens of millions of dollars for inappropriate off-label prescriptions.” Other lawsuits and criminal cases show government-funded insurance companies also have been duped out of millions.

“The federal government should step up or the medical boards or the pharmacy boards should step up and try and take over this program,” said Renton, who spent nearly five decades in FDA drug enforcement. “These are the most dangerous drugs we have.”

This map is updated multiple times each day and illustrates the number of COVID-19 cases...
Read More