The sleepy town of Lewisburg, TN, awoke one Tuesday morning to federal agents raiding a doctor’s office that officials suspect is operating as an opioid pill mill.

The sleepy town of Lewisburg, TN, awoke Tuesday morning to federal agents raiding a doctor’s office that officials suspect is operating as an opioid pill mill.

The raid comes on the heels of a Raycom Media national investigation that identified Dr. Mark A. Murphy as a top prescriber of opioids.

The investigation found that doctors, nurse practitioners and physician assistants who flooded the country with opioids through the Medicare Part D program, a drug benefit for the elderly and disabled, have faced little scrutiny.

Agents from the Drug Enforcement Agency, the Federal Bureau of Investigations and the Internal Revenue Service arrived at the office, which is only open Monday through Wednesday, at 9 a.m.

Federal agents raid the office of Dr. Mark A. Murphy, who is the top prescriber of opioids in the U.S. (Scott Pearson Marshall County Tribune)

They are being tight lipped about their activities.

“There’s really nothing that I can say,” said Peggy Sanford, spokeswoman for the U.S. Attorney’s Office in the Northern District of Alabama. She confirmed that a search warrant is being executed in Lewisburg.

A rented box truck was parked next to the front door of the clinic and agents were seen carting boxes from the office. At least a dozen law enforcement officers stood watch in the parking lot. 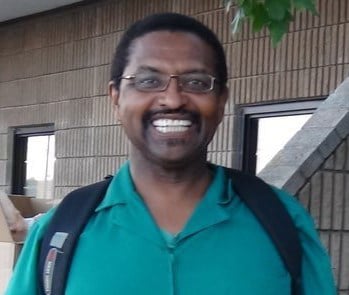 Murphy (left) has been on the radar of law enforcement since he started practicing in Lewisburg three days a week last year.

Lewisburg Police Chief David Henley told Raycom Media that he noticed cars in the clinic’s parking lot from across the southeastern U.S. including as far away as Georgia and Florida.

Murphy was the highest prescriber of opioids in the Medicare Part D program between 2013 and 2015, according to Raycom Media’s analysis of the most recent data available.

In 2015 alone, he gave those elderly and disabled patients enough opioids that, if taken as prescribed, would have lasted each of them 497 days.

Raycom Media did a deep dive into the backgrounds of Medicare’s top 1,000 opioid prescribers and found that few have faced discipline for prescribing drugs that the Centers for Disease Control and Prevention says should be restricted to cancer patients, those who had surgery or were involved in a serious accident and some with chronic pain.

In the past two decades, 98 prescribers have been sanctioned for inappropriately prescribing medicine; 22 are facing criminal charges or have been convicted.

But 49 of the prescribers with checkered pasts – including Murphy – have licenses that allow them to practice as of Feb. 14.

Murphy lists his specialties as anesthesiology and pain management.

In 1998, he received a medical license in Alabama and ran two clinics in the northern part of the state until the medical board began investigating his prescribing habits.

In 2016, the Alabama Board of Medical Examiners levied an eight-count complaint against Murphy for, among other things, endangering patients and prescribing not for legitimate medical purposes.

The 33-page complaint detailed Murphy’s questionable care of 15 patients. One was a 58-year-old man who overdosed on a dangerous combination of opioids and other drugs prescribed by Murphy. Several other patients said they received opioids even though they had documented substance abuse issues. In some cases, Murphy increased the doses.

The committee that investigated Murphy had “grave concerns” about him and recommended that the board revoke his medical license.

But that didn’t happen.

Instead, the board allowed his license to practice in Alabama expire at the end of 2016 and dismissed the case two months later. That left Murphy’s reputation unscathed by formal disciplinary actions, and free to practice medicine in his home state of Tennessee.

Federal agents raid Dr. Mark A. Murphy, who is the top prescriber of opioids in the U.S., on Tuesday, Feb. 27. (Source: Scott Pearson Marshall County Tribune)

WAFF-TV in Huntsville, Alabama contributed to this report.

Were you exposed to COVID-19 at work? In most states, your employer isn’t required to tell you.

This map is updated multiple times each day and illustrates the number of COVID-19 cases...
Read More